In July 2010, Ana Langer, M.D., was appointed as the coordinator of the Harvard School of Public Health recently established Women and Health flagship initiative. This innovative program focuses on research, teaching and translation of knowledge into practice in the fields of reproductive and women’s health, gender, and the role of women as providers of health care at the domestic and institutional levels. Before taking this position, Dr. Langer was the President of EngenderHealth, a leading international reproductive health organization working to improve the quality of health care in the world’s poorest communities.A lifelong advocate for women’s health and rights, Dr. Langer’s expertise includes reproductive health policy, programs and research with a particular focus on maternal health. Dr. Langer lived in Mexico for more than 20 years, which served as a base for launching initiatives throughout Latin America and the Caribbean to improve women’s health. As a special advisor to the Minister of Health in Mexico City, and as Director of the Division of Research on Women and Children’s Health for the National Institute of Public Health in Cuernavaca, Dr. Langer led efforts to advance policies aimed at reducing maternal mortality and disability.  Dr. Langer also served as the Population Council’s Regional Director for Latin America and the Caribbean, overseeing reproductive health, family planning, and HIV prevention programs and research in more than 10 countries. As Acting Director of the Council’s Reproductive Health program, Dr. Langer guided global work to reduce unwanted pregnancy, improve access to safe abortion, and test the safety and efficacy of microbicides to prevent HIV.

Dr. Langer has published in more than 30 peer-reviewed scientific journals, as well as in the popular press including the International Herald Tribune, Newsweek, and The Guardian.  The author of numerous books and chapters on reproductive and maternal health, Dr. Langer also sits on the World Health Organization’s Advisory Committee on Health Research, and is the co-chair of the International Planned Parenthood Federation's International Medical Advisory Panel. Dr. Langer currently serves on several editorial boards, including The Lancet, the Bulletin of the World Health Organization, and the WHO Reproductive Health Library. She earned her medical degree from the National University of Buenos Aires, Argentina.  She is board certified in pediatrics and neonatology and has an honorary doctorate degree from Stephen’s College, the second women’s college established in the United States (May 2009). Originally from Argentina, she is fluent in Spanish, French, and English. 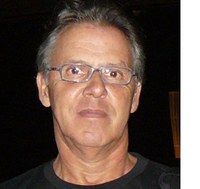 Dr Fernando Barros graduated in Medicine in Southern Brazil and trained initially as a paediatrician in Rio de Janeiro. He obtained a Master of Science degree in Maternal and Child Health from the Institute of Child Health, University of London, and a PhD in Epidemiology from the London School of Hygiene and Tropical Medicine. His PhD thesis focused on the perinatal health of babies born in the city of Pelotas, Brazil, in the year 1982. He was Professor of Epidemiology of the Federal University of Pelotas, and founded the Epidemiological Research Centre at the same University, where he still works. He carried out extensive research in maternal and child health epidemiology in several low and middle income countries, especially in Latin America. In Southern Brazil he has been working with three birth cohort studies which started in the years 1982, 1993 and 2004, and are still being followed up. He has been also Research Scientist at the PAHO/WHO Latin American Perinatal Centre, in Montevideo, Uruguay. Author of numerous books and chapters, he has published over 200 papers in international peer-reviewed journals in the areas of maternal, perinatal and child health, and evaluation of health services, and is currently Professor of Epidemiology of the Post-Graduate Course in Health and Behavior of the Catholic University of Pelotas, Brazil. Besides the birth cohort studies conducted in Southern Brazil, Dr. Barros is currently working in a number of international research projects, including the Intergrowth 21st study, coordinated by the University of Oxford. 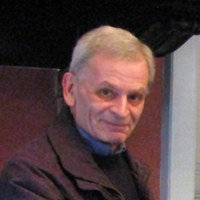 Aldo Campana is emeritus professor at the Faculty of Medicine of the University of Geneva. He was head of the Department of Obstetrics and Gynaecology of the University Hospital of Geneva, president of the Clinical Medical Section of the Faculty of Medicine of Geneva and president of the Swiss Medical Interfaculty Committee until 1994. Since then, he is the director of the Geneva WHO Collaborating Centre in Education and Research in Human Reproduction and Editor in Chief of the comprehensive web resource page for international diagnostics and treatments protocols in Obstetrics, Embriology and Gynaecology of the Geneva WHO Collaborating Center. He is the president of the Geneva Foundation for Medical Education and Research.