Camilla graduated as a Medical Doctor from the University of Milan, Italy and completed a postgraduate course in neonatal intensive care. She’s currently completing her specialty training in paediatrics and neonatology. Her principal research interests include neonatal intensive care, nutritional management of premature babies, and the evaluation of the quality of growth and body composition of newborns.

She joined the INTERGROWTH-21st Research Team in September 2018 and is currently working as an OMPHI International Research Fellow for one year. She is mainly involved in patient recruitment for the INTERPRACTICE-21st Study and in the assessment of body composition of both term and preterm babies. I obtained a degree in Medicine at the Autonomous University of Queretaro, Mexico. Following graduation, I completed my specialisation in Obstetrics and Gynaecology and undertook subspecialist training in the Department of Maternal and Fetal Medicine,  National Institute of Perinatology, Mexico where I am now a consultant. My clinical and research interests include normal and abnormal fetal growth, fetal diagnosis and treatment, pre-eclampsia and preterm birth. In April 2018, I joined the INTERGROWTH-21st Research Team, working as an OMPHI International Research Fellow for 1 year. During this year I will be working on the relationship between the growth cerebellum assessed by  ultrasound during pregnancy  and motor development of infants at 1 and 2 years of age.

Joyce obtained her medical degree at University of Nairobi in Kenya and qualified as a radiologist from the Aga Khan University in Nairobi. While working as an Instructor at the Aga Khan, Joyce was awarded a one year scholarship at the Oxford and Maternal Perinatal Health Institute on the subject of Ultrasound Monitoring of Fetal Growth (2010-2011). This was directly related to the INTERGROWTH 21st Study for which she acted as a research sonographer, and quality assessor of ultrasound images. She also trained in research methodology, statistics and contributed to the authorship of scientific papers. After the fellowship Joyce returned to Kenya to practice as a Consultant Radiologist at the Aga Khan University Hospital. 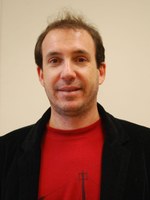 Gilberto Kac spent a year (2010-2011) as a visiting post-doctoral scholar at the Oxford Maternal and Perinatal Health Institute, during which time he examined maternal weight gain during pregnancy as part of the INTERGROWTH-21st study. Professor Kac obtained his BS degree in human nutrition at the Rio de Janeiro State University in 1992. Following this he worked at the Oswaldo Cruz Foundation, and in 1995 he received his MS in public health from the Oswaldo Cruz Foundation National School of Public Health. In 2002 he received his PhD in public health and maternal nutrition from the University of Sao Paulo (USP). He is currently working as an Associate Professor of Nutritional Epidemiology at the Nutrition Department, Rio de Janeiro Federal University (RJFU). He is the leader of the Nutritional Epidemiology Center at RJFU where he coordinates complex projects focusing mainly on maternal and child nutrition. The Center involves overseeing and coordinating the work of approximately 20 researchers including Professors, postdoctoral assistants, DPhil and Master students. Professor Kac also collaborates on several projects within Brazil and internationally. He is a member of a network based in Brazil that promotes evidence-based public health nutrition practice; a member of the Public Health Nutrition section of the Brazilian Association of Community Health Studies (ABRASCO); and a research fellow of the Brazilian National Research Council (CNPq) and of the Rio de Janeiro State Research Foundation (FAPERJ). He has worked as a consultant for the Brazilian Ministry of Health in maternal nutrition issues with an emphasis on gestational weight gain guidelines; In 2005 he launched the National Forum of Coordinators of Graduate Programs in Nutrition and has played a central leadership role in this organization ever since; he is currently advising the Brazilian Ministry of Education on how to improve the capacity of the countries’ graduate programs in nutrition.

Professor Kac is an editorial board member of the ‘Brazilian Journal of Nutrition’ and the ‘Brazilian Journal of Maternal and Child Health’. He is the associate Editor of ‘Reports on Public Health’ and has acted as Guest Editor for two special issues (2003, on the epidemiology of obesity and the nutritional transition in Latin America and 2008 focused on maternal and child nutritional epidemiology). He is the editor in chief of the textbook “Epidemiologia Nutricional”, and has published more than 70 papers. 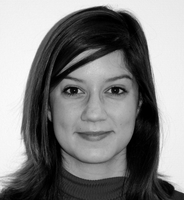 Hannah Knight was an OMPHI Research Associate between 2008 and 2011. She was the Coordinator for Global Voices in Maternal Health. Hannah worked on several international maternal and child health projects, including INTERGROWTH-21st, and was the Coordinator of Global Voices for Maternal Health. In 2011 she joined the Royal College of Obstetricians and Gynaecologists as a Research Fellow.

Ippokratis Sarris graduated from Trinity College, Cambridge, in 1999 and then completed his medical degree at Magdalen College, Oxford, in 2002. He then started to specialize in the field of Obstetrics and Gynaecology in London. In 2009 he became a Member of the Royal College of Obstetricians and Gynaecologists. He joined OMPHI at Oxford in 2009 for 2 years. During this time he was a Clinical Research Fellow working for the INTERGROWTH-21st study. He was closely involved in one of the component studies, the Fetal Growth Longitudinal Study (FGLS), both as a member of the project’s ultrasound quality control group at the coordinating unit as well as a research sonographer. His research work during his time in Oxford was embedded within this project and concerned the creation of new tools, methodologies and algorithms for quantitative quality control of fetal growth scans. This formed the basis for his Doctor of Medicine (D.M.) thesis. Ippokratis is lead editor and co-author of two post-graduate textbooks in the field of obstetrics and gynaecology and has published a number of publications through OMPHI. Ippokratis is also co-founder and chairman of MaTI (Maternity Training International), a newly formed charity whose remit is to train women’s healthcare providers to improve their knowledge and skills and enable them to improve the services they provide to women globally. His current interests are ultrasound and reproductive medicine and surgery.

Ilaria graduated as a Medical Doctor from the University of Turin, Italy and she is currently studying for a Postgraduate Degree in Paediatrics. Her main fields of research interest include neonatal intensive care, neonatal nutrition and growth, twin and multiple pregnancies, congenital malformations and the follow up of IUGR/SGA infants. She is currently spending 9 months as an OMPHI research fellow in Oxford for the INTERGROWTH-21st project and she is mainly involved in maternal and neonatal data collection, anthropometric measurements and the 1 to 2 years follow up.

Francesca graduated in medicine from the University of Turin, Italy, where she also completed the postgraduate Specialization School in Paediatrics. During the Specialization, she did a three-year internship in Neonatology, working in an 18-bed Neonatal Intensive Care Unit, and worked for one year as a Clinical Research Fellow in the Nuffield Department of Obstetrics & Gynaecology in Oxford, UK, leading the INTERGROWTH-21st Neonatal Cross-sectional Study. After that Francesca continued working for the project as an external research consultant. She has also been teaching on the Paediatric Nurse Degree course since 2007. Francesca was awarded the A. Marini Scholarship for her studies in infant nutrition and growth in 2009. She is currently working as an OMPHI Senior International Research Associate and is responsible for the global coordination of the INTERGROWTH-21st Preterm Postnatal Follow-up Study. Her research is focused on the evaluation of the long-term growth, health and nutrition of preterm newborns and newborns with impaired foetal growth. At the same time, she continues her collaboration with Turin University, working as a Research Fellow on neonatal nutrition and on human milk composition and works in a 16-bed Special Care Unit for babies.

Elena Spada graduated in Chimica e Tecnologia Farmaceutiche (University of Milan) in 1998. From 1999 to 2002 she worked for a biopharmaceutical company Bristol-Myers Squibb. From 2002 to 2011 she worked at the University of Milan where she received the Specialty Diploma of “Scuola di Specializzazione in Statistica Sanitaria” in 2004 and a PhD in “Statistica Biomedica” in 2012. Her main research interests include statistical methods in auxology and auxometry, statistical models for longitudinal studies, linear and nonlinear models of endouterine and postnatal growth, models to trace cross-sectional anthropometric charts, and models for the assessment of biological age. She is currently an OMPHI research fellow and a member of the INTERGROWTH 21st team. She works as biostatistician for the NCSS study focusing on statistical issues relating to the evaluation of the nutritional status of newborns.

Sikolia graduated from Moi University School of Medicine, Kenya in 2003 and completed an internship at the Machakos General Hospital in rural Eastern Kenya. In 2005 he joined the Aga Khan University Hospital as a Senior House Officer and was later admitted into his residency programme in Obstetrics and Gynaecology. In 2010 he was awarded a Master of Medicine degree in Obstetrics and Gynaecology from the same university. In 2011 he became a member of the Royal College of Obstetricians and Gynaecologists (MRCOG). Sikolia also holds a diploma in information technology from Strathmore University, Kenya. Before joining the University of Oxford, Sikolia was working as an instructor in the Department of Obstetrics and Gynaecology, Aga Khan University, Nairobi. He has previously been involved in the WHO multicentre study on predictive ability of angiogenic factors in preeclampsia. In 2011 he was awarded a grant by WHO to study adverse event reporting systems in a Kenyan hospital. Sikolia was listed in the Marquis Who is Who in the world 2013 in recognition for his contribution to the field of Obstetrics and Gynaecology. His research interests include management of high risk pregnancy, fetal growth, prenatal diagnosis emergency obstetrics and patient safety. His current work as a clinical research fellow involves ultrasound scanning for fetal growth, performing quality control of ultrasound as well as clinical duties at both the John Radcliffe and the Horton. He is also a council member of the Kenya Obstetrics and Gynaecological Society.

Alessia graduated in Medicine from the University of Turin, Italy, where she’s currently completing her Specialty Training in Paediatrics. Her main fields of interest include: neonatal nutrition and growth, human milk, congenital malformations and the follow-up of very low birth weight infants. She has worked as a clinical research fellow in the INTERGROWTH-21st Project in Turin for the past two years. She is currently spending 8 months as an OMPHI Research Fellow in Oxford for the INTERBIO-21st study and she is mainly involved in recruitment for the Neonatal Study. She is also involved in maternal and neonatal data collection, anthropometric measurements and the 1 to 2 years follow up.

Raffaele graduated in medicine from the University of Naples “Federico II”, Italy, and did his initial clinical training in Obstetrics and Gynaecology there obtaining his MD in maternal medicine. He completed his specialisation in Obstetrics and Gynaecology in Naples, during which he spent a one year fellowship in Fetal Medicine at St George's Hospital, London. His main research interests are ultrasonography in prenatal diagnosis, obstetrics, fetal-maternal medicine and screening for pre-eclampsia. He is currently working as an OMPHI fellow in Oxford and is mainly involved in ultrasound scanning for fetal growth and performing quality control of ultrasound. He has published in more than 15 peer-reviewed scientific journals, he is the author of more than 70 abstracts and congress proceedings and he is a reviewer for Ultrasound in Obstetrics and Gynecology and the British Journal of Obstetrics and Gynaecology.